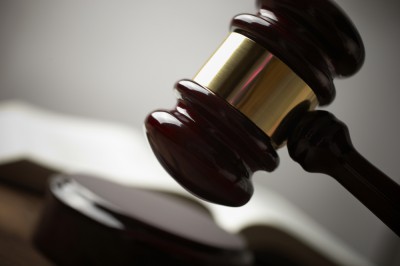 Albanian Renewable Energy Association – Area
(“Area Association”) refers on the Decision No. 101, of
the Meeting of the Board of Commissioners of the Energy Regulator Entity – ERE
(“ERE”), dated 23.06.2016, declared that the decision to change
unilaterally the contract of long-term power purchase (PPA) signed between the
Small Power Producer (“PVE”) in the hydroelectric power up to 15 MW
and Albanian Power Corporation – KESH (“KESH”) is in openly violation
of all principles of legal certainty and protection of investments.

Over foregoing it want to highlights that producer companies have signed
with the company KESH the long-term Power Purchase Agreement – PPA in the
implementation of the Concession Contract for the construction and operation of
hydropower plants type BOT and BOO, ROT. The last one are awarded following the
procedure developed by the former Ministry of Economy, Trade and Energy, today
the Ministry of Industry and Energy in the capacity of the contracting
authority and based on the decisions taken by the Council of Ministers or the
Parliament.

In following of which, first by the KESH with official communication no.
5677 Prot. Dt. 27 June 2016 it was been informed that following the
announcement of the approval of amendments of the contract by ERE, in order to
fulfil the Public Service Obligation (“PSO”) the joint juridical relation of
PPA-s will pass to Operator of Distribution Electricity Power – OSHEE sh.a. (“OSHEE”)
within 30.06.2016. A decision openly in the breach of contracts (KESH-PVE)
signed under the laws in force at their time. The here approach is further pursued
thought the notice taken by the OSHEE, with the official communication no. 13201
dated on 29.06.2016, which gives a 10-days deadline for the sign of individual
standard contracts approved by the ERE. The failure of the above term to sign is
consider by OSHEE as a release from any responsibility towards PVE-s.

On the above, Area Association
declare that the decision to unilaterally changes the PPA-s signed between the
electrical energy producers with hydro power plants up to 15 MW and KESH, is
openly in violation of all the principles of legal safety and investment
protection. By taking into consideration that the DCM 244, dated 30.3.2016,
serves as a transitional market model, the producer consider this decision as a
first attempt of a completely remove of the rights granted by PPAs, with
ongoing executive acts that would further repeal the DCM 244/2016.

On behalf of the PVE, AREA have consistently argued our concerns and
opposition from the moment of the opening of the above procedure by the ERE
Decision No. 62, dated 13.05.2016, and in more extensive manner with the
Resolution of the General Assembly of AREA Association, as further during the
consultation process of ERE with the interest groups in the hearing session
held on 13.06.2016 at the Energy Regulator Entity (“ERE”), as well as
in last with the Administrative Appeal directed to ERE against the Decision No.
101, dated 23.06.2016 of the Executive Board of ERE, as a decision that
violates the principle of legal certainty and safety of bilateral long-term
relations. The DCM 244/2016 should not affected the already signed contracts
without the full consent and agreement of the interested parties!

In the above formwork, AREA is looking forward to a support of all national
and international institutional stakeholder directly involvement in the Albania
energy sector. In regard, the intention is the pursue of all the legal
procedure, and particularly the administrative and constitutional ones regard
the Decision No. 101/2016 of ERE and the DCM 244/2016, as well as international
arbitration provided by the contracts and the Energy Charter Treaty, the arbitral
tribunal established under Uncitral
headquartered in Stockholm or other as well as Icsid
based in Washington agreement on 18 March 1965, the European Court of Human
Rights in Strasbourg, etc.

Notwithstanding
the above approach, with the will to find a solutions, according to
legal definitions and best regulatory practices worthy to a candidate country
to the European Union, and in order to guarantee the stability to the existing
investments and to enable the operation in an economical manner with a
reasonable return on investment, AREA Association, remains open to any serious dialogue
related to the support and recognized of the rights guaranties by the signed
concession contracts and energy sale-purchase agreements (PPAs).